New Sewing Patterns Are On Their Way! 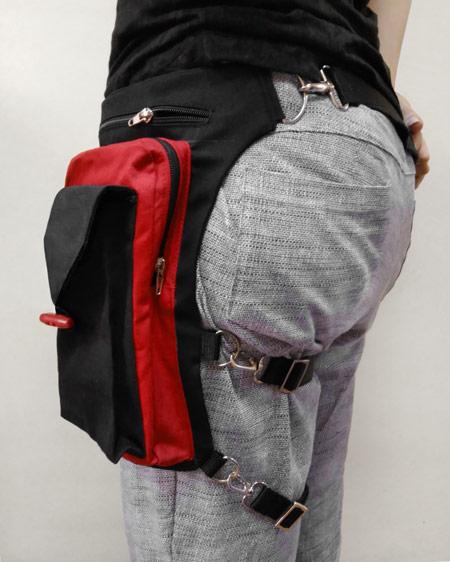 It’s been a while but I have new patterns coming! (Sign up below to get VIP access to discounts!)

The first – The Aphrodite Corset Pattern has now launched! On the first of August in fact – the day before my Birthday! Check it out HERE

Next I’m starting something a little new, and a little scary (for me) I’ve decided to create a Corset Wearers Wardrobe of sewing patterns. Having started regular corset wearing, I’ve discovered not all my clothing works well with a corset. I’ve started buying and wearing very different outfits with my corsets. Developing a new wardrobe and by extension sewing patterns is the next logical step. Having said that the first pattern is for a Drop Hip Bag! The logic behind which is the lack of access to pockets while corset wearing and avoiding ruining the corseted silhouette. I also found carrying my heavy bag while wearing my first training corset put too much strain on one side of my body. Carrying weight evenly or on the hip seems to be more practical.

(which is just SteamPunk for ‘badass’)

Above/left is the design illustration and the finished bag sample. I’ve wanted to create this bag for a few years and now they’re literally everywhere with numerous online shops and eBay sellers creating similar designs. The decent ones are still around $200 though so if you’re a big fan of the SteamPunk or rock-chic style, then hip bags are probably already on your ‘want’ list. Hopefully this pattern will do it for you 🙂 Enter your email address below if you don’t want to miss the one week discount window when it arrives! (possibly as soon as next week!)

More On The Making Of The Aphrodite, Plus Future Corset Pattern’s

I’ve taken on board the old song lyrics ‘I get by with a little help from my friends’ and sought out some wonderful fellow seamstresses for hire to hopefully make bringing out regular new patterns a reality. At the very least I’ll be able to add some new patterns and upgrade my previous corset patterns to a more professional and user-friendly level. (Something I’ve been meaning to do with my old old patterns for a good long while!) The new patterns will be a little more expensive to cover costs but still reasonable and the extra will be reflected in the quality. (Plus there’ll be a one week discount on new patterns when they launch). Check out the new sizing and layout style –

My old patterns will remain the same price until they get updated. There won’t be an introductory offer on them but I’m planning to send out coupons to those who’ve already bought the old ones so they can upgrade for the amount of the price difference if they want. Anyway now you know what allllllll my plans are. They’re not set in stone but hopefully they won’t go awry. Either way that’s what I’m hoping/planning for 🙂 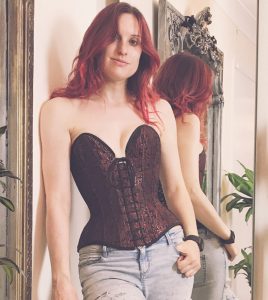 First a big shout out to Caroline Woollin from CorsetsbyCaroline who helped me bring the first of my illustrations into reality with her amazing drafting and grading skills. I can’t recommend her highly enough if you’re looking to create sewing patterns and need them graded to various sizes.

Plus another big shout out to KirsteenWythe an extremely talented corset and costume maker who has sewn the sample for me. This is the Aphrodite corset all finished 😀

There are two more corset patterns planned for the near-ish future.

The Venus, named to go with the Aphrodite as they’re a new pair of patterns – Aphrodite being the Greek name and Venus the Roman name for the Goddess of love (a bit of history trivia for you). See the illustration above/left in sea green. It will be a sweet little cincher with a detachable belt piece (so you can make belts in various colours to go with multiple outfits!).

The last pattern is for my Lotus corset pictured above/left which was a big hit when I made it, sorry it’s taken so long to get round to creating the sewing pattern! You can see more photos of it HERE. 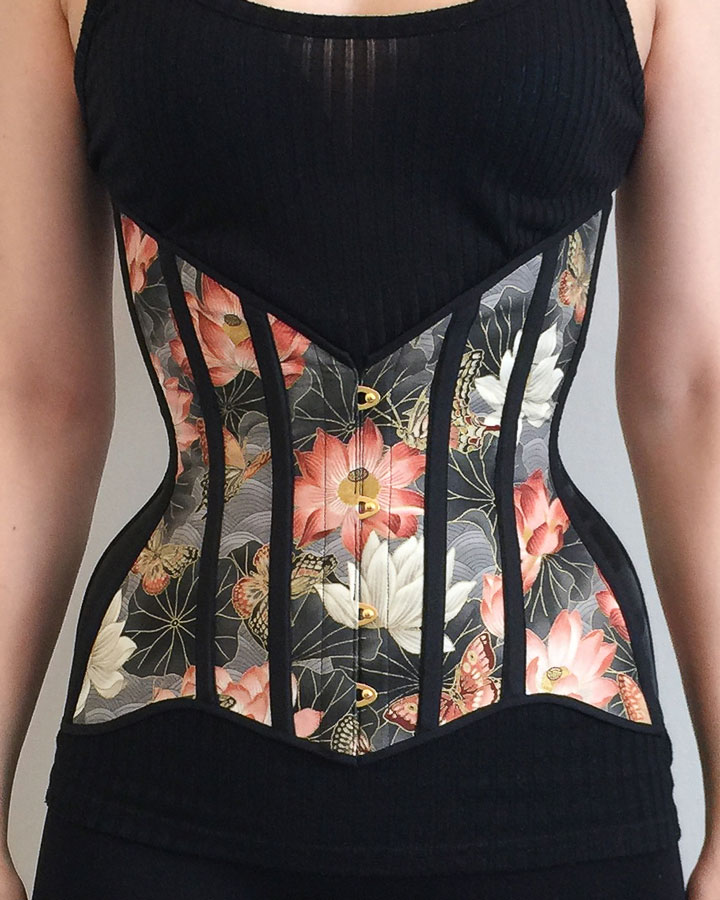